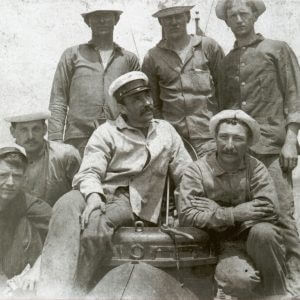 During the years 1979-1985, the COLD WAR was at its climax, very much a submarine war between the US and the Soviet Union. During this time, the crew of the fast attack submarine, USS TUNNY (SSN 682) patrolled an area around the Kamchatka Peninsula that included Russia’s largest submarine bases. During this period, two submarine Captains served as masters of command of the 302-foot Sturgeon-class submarine, but only one man served as Chief of the Boat (COB). His name was Master Chief Torpedoman’s Mate David F. Follo. By the time David Follo, (COB), reported aboard the USS Tunny in 1979, he had served aboard eight submarines with 27 years in service, all of it at sea. He was known in Submarine Squadron 1 of the Pacific Fleet submarine community located in Pearl Harbor, as “THE COB”. He was in the truest sense an  “OLD SALT”, a man of tremendous experience and knowledge in the world of submarine warfare! At the end of his 35 years of service in 1989, David F. Follo served on ten submarines, three of them as COB and logged an estimated 500,000 miles underwater. To the men of the Tunny, he was known as the “Mentor”. He was a man that touched young sailor’s lives, mentoring numerous sailors that served with him after achieving the highest enlisted rank in the US Navy – MASTER CHIEF! History will show that the submarine community had many “GREAT” Chiefs of the Boat (COB’s), many of which were more highly decorated than David F. Follo. But to the men of the Tunny, he was their COB and forever touched their lives long after they left service. Put simply, David F. Follo was a GOOD man, a sailor’s sailor! He was a man that cared deeply for all of his shipmates that he served with.

In 2000, 15 years after the crew of the Tunny split up and moved on with their lives, the COB mustered the crew once again, on the banks of the Guadalupe River at the Lazy U Ranch in Seguin TX on the 4th of July.   Every 4th proceeding, the crew gathered at the Lazy U Ranch with each year growing in numbers of shipmates, family, and friends in attendance. Over time it went from a gathering of 30-40 shipmates to a 4-day event known as the “Lazy U Ranch 4th of July SHINDIG” that included a bar bq cook-off contest, live music, and attendance upwards of 500 guests from 17 states including Hawaii and the country of Ireland. 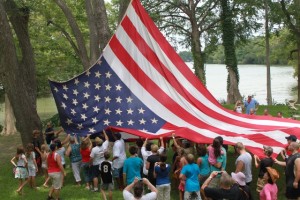 In 2005 the event took on new meaning with the raising of a 20’X30’ garrison flag that became the focal point of the event. Beginning in 2006 the event would be held on even years due to continued growth in scope and size. Each event added a new dimension to include the reading of the “Declaration of Independence, the Pledge of Allegiance, Star Spangled Banner, 21 Gun Salute, TAPS, and a closing prayer. Unique to the event is a historical reading by children that gives the background on when each tradition started and how it came to be. 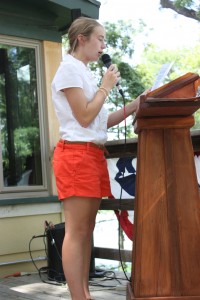 The EVENT became an education in the traditions of this great country. It went from a gathering of old shipmates to an educational event intended to offer a sense of history to renew patriotism in the hearts of guests.

With the advent of the “War on Terror”, the meaning of the event became more profound taking on a life of its own. For the family of the Lazy U Ranch, it became the defining moment of the ranch itself with a realization that the 4th of July event was what the ranch was intended for in God’s plan. The motto of the 4th of July event, “GOD, Family, and Country”, is now a living breathing part of the event. The event is starting to inspire! 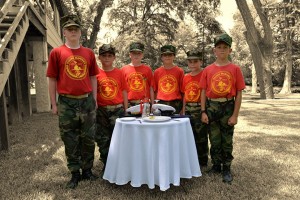 In 2010 the event transitioned to a full memorial service that become known as the Lazy U Ranch 4th of July Memorial Event starting with John Wayne’s “AMERICA why I love her”. During this time the family of the Lazy U Ranch decided to reach out to the Warrior Transition Battalion, located at the BAMC Intrepid Center, so that they may use and enjoy the ranch as a place of quiet rehabilitation. 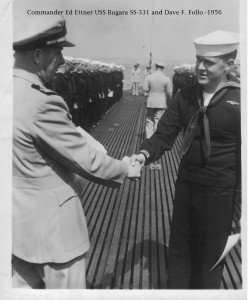 The 2012 event brought a true sense of inspiration when the crew of the USS Tunny decided to pay tribute to their “COB”, David F. Follo. Known only to the crew, the COB was fighting cancer and at age 76. He knew this would be the last gathering with his old shipmates. During the work up to the event, the crew of the Tunny acquired a picture of the COB shown topside on his first submarine in 1955 at the age of 19 on the USS Bugara (SS 331). The picture shows the COB receiving his first of many awards from his first XO, Commander Ed Ettner. This picture is encased in a handcrafted Lyptus wood display constructed by a Tunny shipmate. 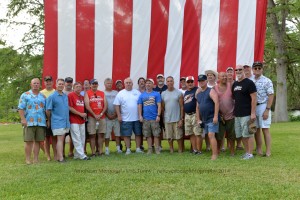 In attendance at the event were numerous Wounded Warriors and upwards of 400 guests including for the first time a majority of the “Officer’s Wardroom” of the USS Tunny. The former crew and shipmates traveled from around the country to pay their respects to “THE COB”. Special guest and a surprise to the COB was his first XO, Commander Ed Ettner via telephone and broadcast to the audience.   Mr. Ettner told the audience of his time spent with David Follo. Mr. Ettner has 27 years service in the Navy and 31 years with Naval Intelligence and the CIA. Mr. Ettner closed the tribute to David Follo with a perspective on life at 91 years of age closing with “Life, Liberty, and the Pursuit of Happiness” living in the world’s greatest country. 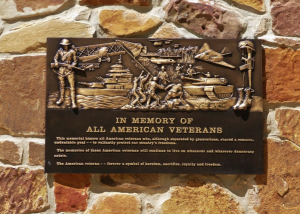 Mr. Ettner’s words inspired many that day.  It was immediately following the event that the SS American Memorial took birth and the family of the Lazy U Ranch made a commitment to Americans regarding the use of the ranch for future generations.

That evening on July 4th at the Lazy U Ranch, David Follo gathered his crew of the Tunny one last time. He stated that due to “political correctness” the Navy has elected to discontinue the use of the word “shipmate”. His closing words to his crew –“You will forever be my shipmates!” In October 2012 the crew members of the Tunny traveled to Pearl Harbor Hawaii. For some of the crew, it was the first time back to the old sub base in 28 years!  The trip was to pay last respects to the COB who was terminally ill at the base hospital and to place his picture in the Arizona Submarine Museum. The COB went on to rest his oars on December 2, 2012. He is survived by his wife Fumiko, to whom he was married for 39 years. A funeral service was held on December 14th and burial with full military honors took place at the Punchbowl National Cemetery of the Pacific on December 18th. 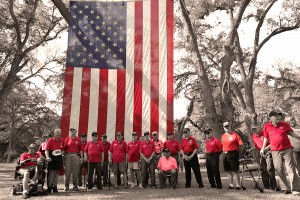 July 4th, 2014 the memorial service paid tribute to 22 WWII veterans that served in battles ranging from Battle of the Bulge, Peleliu, Tarawa, Pearl Harbor, Okinawa, Guadalcanal, and USS Alabama (Halsey’s Typhoon). Upwards of 400 persons including Wounded Warrior and veterans stood in line to personally shake the hands of these men of the “GREATEST GENERATION”.

The SS American Memorial will take the Lazy U Ranch 4th July Memorial Event into a new dimension showcasing a unique spot in America that inspires individuals to learn the history of our country’s storied past. 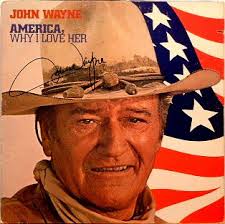 The great American icon John Wayne says it best in his description of the “Hyphen”.

United we stand divided we fall – we are AMERICANS THAT SAYS IT ALL!

Join us with American’s every even year at the LAZY U RANCH 4TH OF JULY MEMORIAL EVENT!